[TRANS] Attacker and defender. Speaker and listener. Doers and sufferers.
It does not matter.
If there is a conflict because of misleading and contradictory words and actions..
Whether it’s too much or not, it depends on the person’s criteria.

[TRANS] Listen and experience as much as possible.
Others’ curiosity about you can be triggered and then you can do forms of encouragement for them..
What is important is that you have created your own big weapon.

[TRANS] Same freedom.
More than your freedom to express.

You might deprive yourself of the freedom to listen to everything around you..

Depending on your level of awareness, you can become the center of this world, or create an empty ego that even you can’t control…

Friends of the same sex, friends of the opposite sex. How do JYJ members understand this? Is it possible for a female friend to become someone that you are in love with?

Yuchun agreed with this opinion of “not becoming confused between love and friendship”.

Jaejoong said, “I think it is not possible.”

Why do you say this?

“Because I have never wavered between love and friendship.”

Then how about love that is between a friendship? You and a friend like the same woman at the same time, or have one-sided love for a friend’s girlfriend, anyone may have at least one such experience, the feeling may have faded or is still lingering in the heart. Just like Lee Seung Chul singing ‘In Love With A Friend’s Girlfriend’, or Kim Gun Mo expressing his regret about a ‘Wrongful Encounter’, and also Hong Kyung Min singing about a ‘Wavering Friendship’ directed at a particular love relationship.

Yuchun and Junsu said resolutely, “No way.” If no longer in touch with that friend, check the situation beforehand to understand it carefully. To prevent any unhappiness, verify it personally. Junsu said, “If it is a friend’s girlfriend, then right from the start, we will not have that kind of thought.”

Junsu also said, “Developing from platonic friends to being in love, it is a bit like a novel or a drama. I also have such a song in my album. A man and woman who were friends from youth started to fall in love with each other, like a fantasy. Because it is unlikely to happen in real life, I think.” Junsu again replies in the negative.

Jaejoong, emphasising the premise that this kind of thing should not happen, quietly revealed his own experience: “When we first met, I did not know. We started to like each other and wanted to start dating, then I realised she was someone that my friend dated. I immediately gave it up.” As he said this, he had a look like he tasted some suffering.

All 3 are the same. Compared to love, they place much more importance on friendship, these 3 young men of 20-plus years.

My Dear The JYJ

To be together no matter what, sharing the joys as well as the sorrows. When bearing a friend’s pain together, even if the tears shed are the same, your own pain is actually more acute than your friend’s.
–
Jaejoong and Junsu said, “We cried the most for Yuchun.”

Last March, when Yuchun’s father passed away, they shed more tears than Yuchun. Although Yuchun was part of the bereaved family, he could not keep crying and grieving.
–
JJ: “I really cried a lot. Yuchun’s father passed away, but Yuchun had to receive all the people who came to pay their respects, so he forced himself to suppress his grief and be very strong to receive everyone. Seeing him like that, my heart was in so much pain it felt like it would split apart. I wanted to cry it all out for him. He just kept fighting back his tears, suppressing his sorrow. But I was so helpless, there was nothing I could do for him, I could only cry.”

JS: “While gently comforting him and telling him, ‘Be strong’, I was also thinking I must stay by Yuchun always to keep watch over him. From the mourning hall to the cemetery, looking at Yuchun’s silhouette from the back, I couldn’t hold it back any more and I cried. When we were giving a silent tribute to his father who is in eternal rest, I was holding Yuchun and saying, “Be strong,” but I knew at these times words are useless and so my heart was in even more pain.”
–
Yuchun and Junsu who are of the same age, and Jaejoong who is one year older (T/N: by Korean age. All are born in 1986). Their relationship is more than just friendship; they are family and have become one. To the degree that they specially understand one another.
–
Jaejoong can see through Yuchun and Junsu to deep within their hearts. Because they have been together through such a long period of time, what they are thinking can be known without saying a word.
–
JJ: “For Yuchun, just based on feeling, I will know. If his thoughts and actions are not in line, I will know at once. Junsu also, I can see through him at a glance. But conversely, they probably don’t really know what I’m thinking?!”
–
But! Jaejoong’s thinking is wrong!
–
JS: “120% I know! Just looking at his expression and behaviour, I will know if he is in a good or bad mood, or if there is something troubling him, I know it all! I will ask him why he said those words and I will ask in detail.”
–
As such, there are no secrets between them. They cannot cover it up even if they wanted to. Even those times when the heart throbs because of one-sided love that you absolutely do not want anyone to know about.

JS: “Whatever I’m doing, they know it all. Even love. If I count, there are 5? I am very open and clear but the other 2 don’t really say, hahaha!
–
YC: “I’ve had one-sided love before. But before I could tell my members, it was realised. I like older women that I can talk and connect with, those with clear thoughts. I see them as real women from age 30 onwards. I think even at 40, my thinking will not change.
–
Said without any hesitation. Yuchun does not hide himself when he is with his members. But if there is something about them that he does not know, he will not pursue it. At these times, he says, ”Do I really have to know that? I don’t think that I want to know everything. Each person has his own things to pursue, the way of living is also different. I feel that knowing everything may not necessarily be good. If you have to know everything, every single movement, that is your own willful and selfish desire, isn’t it?”
–
From Yuchun’s words, it is also expressed that the members have built very deep trust among them. Not just knowing the situation at once by sensing the other’s breath, even if they don’t intentionally look and intentionally try to know, they will naturally understand one another. Just like that, the deep bond of trust like brothers, much more than friends, they will continue to run on from here. While keeping watch over Yuchun when he had to bear his greatest sorrow in the world, the tears that flowed from Jaejoong and Junsu must be the most beautiful crystals in the world.

[TRANS] [Official] While he was recording the narration, he told ‘so adorable’ and ‘so lovely’ to animals repeatedly ^^

[TRANS] Tomorrow! At 11:20pm KST on Monday night! Please, look very much forward to ‘The Zoo is Alive!’ the documentary with Jaejoong ^^

[TRANS] [Official] ‘The Zoo is Alive’ will be aired at 11:20pm KST on Monday night. Slight preview! Will be coming! 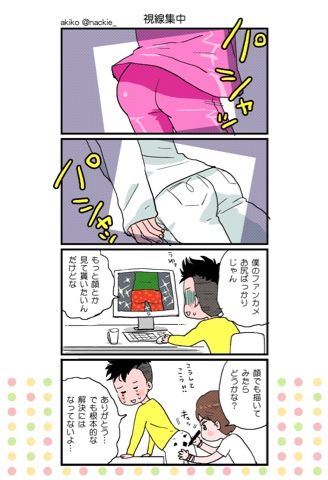